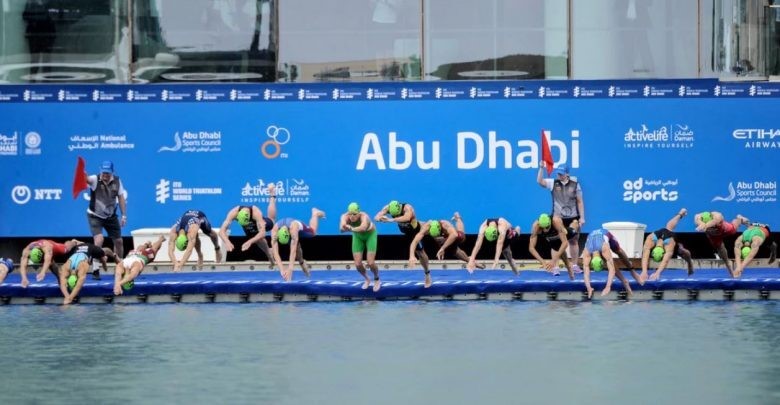 “I am thrilled with the new calendar, it’s a perfect mix between new additions to our portfolio of events, classic races across the world and a lot of multisport and multi-day events. Our sport keeps growing, evolving and exploring new territories. We maintain the equal prize money for male and female athletes in all ITU events. Our officials and organising committees never stop learning and I am sure that we will deliver an excellent season,” ITU President Marisol Casado said after the 2018 schedule was released in September.

The 2018 World Triathlon Series (WTS) will again see the world’s best male and female triathletes compete over the Standard distance: 1500m swim, 40km bike and 10km run, for the honour of being crowned ITU World Champion. The WTS format, which was first introduced in 2009, takes in seven events before concluding with a Grand Final, where the athlete with the most points accumulated over the series is crowned champion. Prize money is split evenly – as it always has been in triathlon – between male and female winners – with $18,000 up for grabs at each series race and $30,000 for the Grand Final.

The conclusion of 2017 series saw both 2016 champions, Spain’s Mario Mola and Bermuda’s Flora Duffy, retain their world titles. Mola, who became only the second man to win WTS back-to-back titles, said “It sounds great. I can’t describe it with words. You are always nervous before a race, no matter what the situation or where you are, I am sure you are going to have those nerves in order to perform well. I knew I was in a good situation, I wish I could race every year with these kinds of points going into the Grand Final and this type of situation, but I knew I had to race very well or else it was not going to be easy. But it was the title, so that is what I tried to do.”

Flora Duffy retained her title with a Grand Final win that topped off a series that she dominated with six race victories. “I am pretty reluctant to ever say you can have a perfect race, but I would say today went just how I wanted it to. I had a great swim and set myself up perfectly for the bike. I tried to play it safe on the bike because there is so much on the line and then on the run I felt pretty strong, so I wanted to go for it. Yeah, it was a great day. I just try to make it a swim, bike and run. Not a swim, get through the bike and then onto the run. So maybe it is forcing everyone to be really good at all three, but that is how I want to race a triathlon, I just love to race,” she said. With such consistency who would bet against her in 2018, especially with home advantage when Bermuda hosts, for the first time, a race in the series.

The first event of the WTS gets underway, just as in 2017, in Abu Dhabi on 3rd March 2018. From the UAE’s capital the series snakes its way around the globe stopping off at: Bermuda on 28th April; Yokohama, Japan on 12th May; Leeds, England on 10th June; Hamburg, Germany on 14th July; Edmonton and Montreal, Canada on 28th July and 25th August respectively; before reaching the Gold Coast of Australia for the Grand Final on the 12th of September.

The 2018 series opener, held at Abu Dhabi’s Yas Marina Circuit – one of the world’s most unique triathlon courses, will be the fourth edition of the Middle East’s biggest triathlon, and one that continues to grow year on year. The event which is inclusive to all, allows children and amateur athletes to participate on the same iconic course as the world’s best triathletes.

The 2017 event saw over 2500 participants from 52 countries, a number that host partner, Abu Dhabi Sports Council (ADSC), is aiming to surpass in 2018. “We were extremely encouraged by the breadth of entries this year and so have decided to expand the 2018 event to welcome close to 4,000 athletes,” Talal Al Hashemi, Director of Technical Affairs at ADSC said.

With the introduction of race waves – small groups starting at staggered intervals – organisers are specifically aiming to accommodate para-triathletes in a bid to make the Abu Dhabi event an all-inclusive one that caters for all.

Triathlon is a “thrilling and dynamic” sport and the desire to master the three disciplines is the challenge that attracts participants regardless of age, sex or ability. As a relatively young sport triathlon has embraced the advances in technology, nutrition and training techniques; but it is the sports fundamental principle of promoting gender equality and inclusivity that keeps it at the front of the pack.