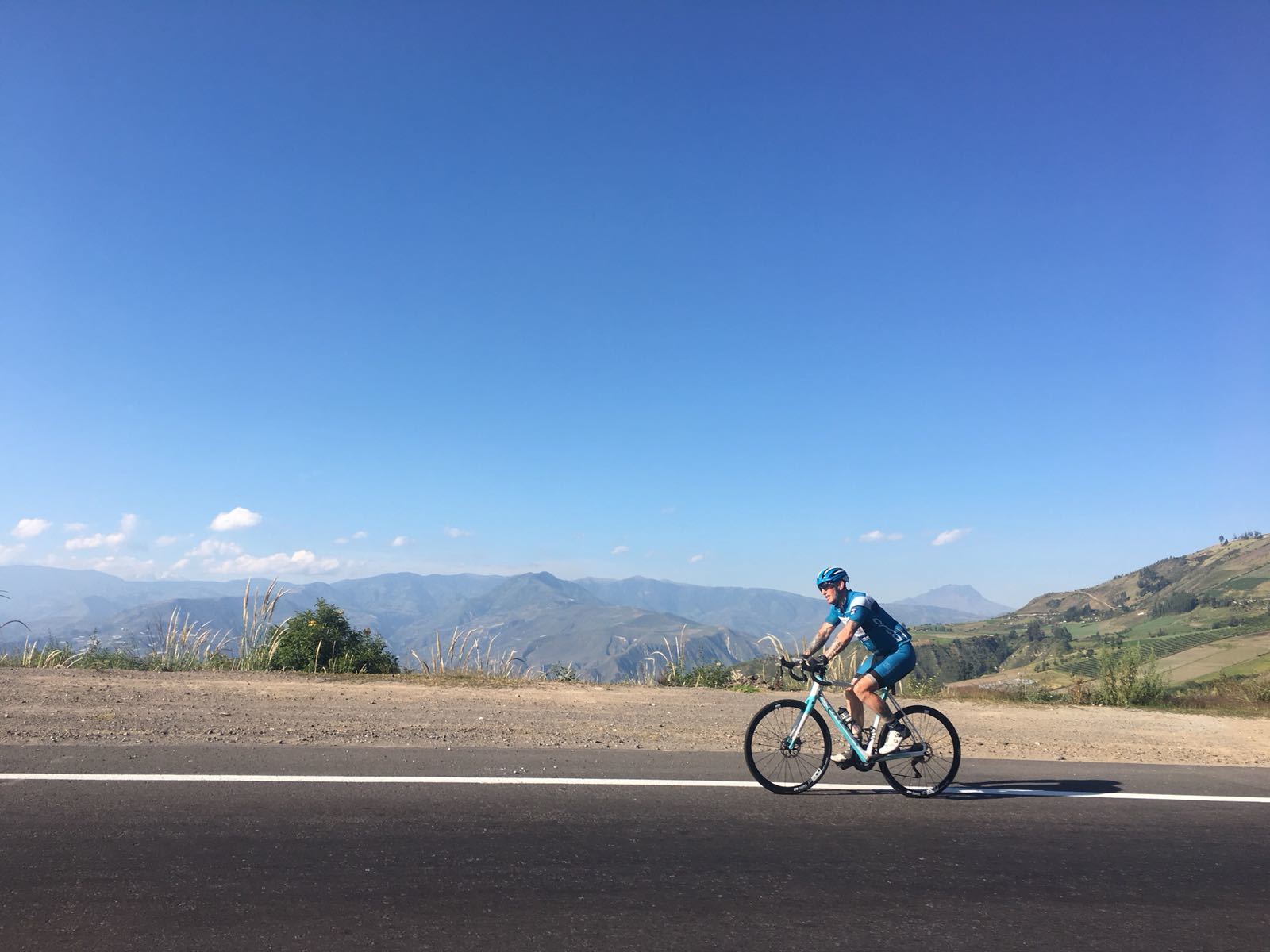 When Chris Froome climbed on to the podium in Rome to collect the maglia rosa in May, not only did he become the first British cyclist to win the Giro d’Italia, but he also became only the third man to simultaneously hold all three Grand Tour titles – the Tour de France, Vuelta a España and Giro d’Italia.

Just over two weeks earlier, on 11 May 2018, another British rider was on the verge of accomplishing an equally remarkable cycling feat. Former UK Special Forces soldier Dean Stott was at the end of his record-breaking challenge to be the fastest person to cycle the 14,000 mile (22,500 km) Pan-American Highway.

The record of 117 days, for the route that starts in Argentina and finishes in Alaska, had stood since 2015. 40-year-old Stott smashed the record by an incredible 18 days. In cycling terms, it was an outstanding achievement, but what made it even more extraordinary, was that two years before the epic challenge, the former member of Britain’s elite Special Boat Service (SBS) didn’t own a bicycle and had only ever cycled a few miles!

Departing from the southern Argentinian city of Ushuaia, commonly known as ‘the end of the world’, on the 1st of February, Stott pointed his bike north. 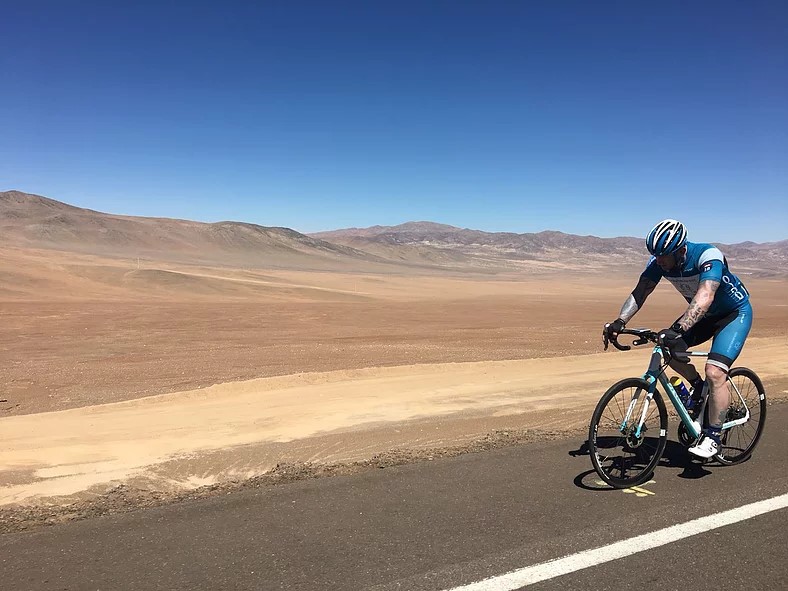 For 14,000 miles, across 14 countries, he battled the energy sapping headwinds in Patagonia, suffered the scorching heat of Chile’s Atacama Desert and the humidity of Ecuador, got food poisoning in Peru – twice, was knocked off his bike by a car in Columbia, ran the gauntlet of night rides across the United States, endured sub-zero temperatures in Canada and finally, 10 kg’s lighter, rolled into Prudhoe Bay in Alaska, 99 days, 12 hours and 56 minutes later, setting two Guinness World Records in the process. 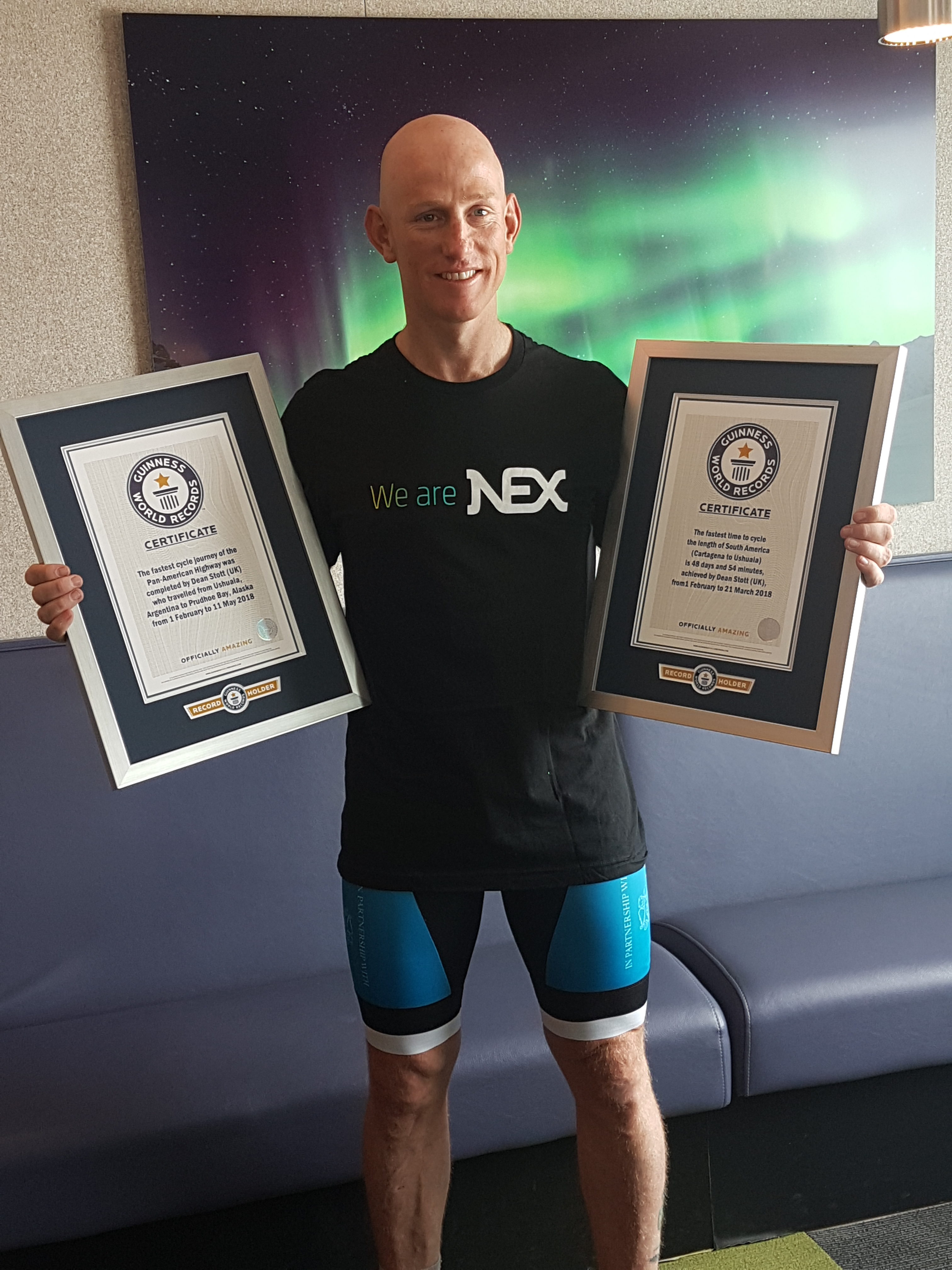 Putting his achievement into context, for the world’s elite cyclists to cover around the same mileage it would require them to ride back to back: the 2018 edition of the Tour de France – twice (4164 miles); the 2018 Giro d’Italia – twice (4446 miles); the 2018 Vuelta a España – twice (4003 miles); complete the prologue and six stages of the 2018 Criterium de Dauphine (523 miles); and then an 874-mile sprint finish up the length of the UK from Land’s End to John O’Groats.

For those of you who have ventured out on a Sunday morning to participate in a bit of anti-social cycling you’ll fully understand the perils of the lone cyclist. No mates, no drafting, no let up from the wind in your face – riding on your own can be an unforgiving pastime. So, imagine doing it for 99 days in the most inhospitable of terrains and weather conditions – in some of the world’s most dangerous places. 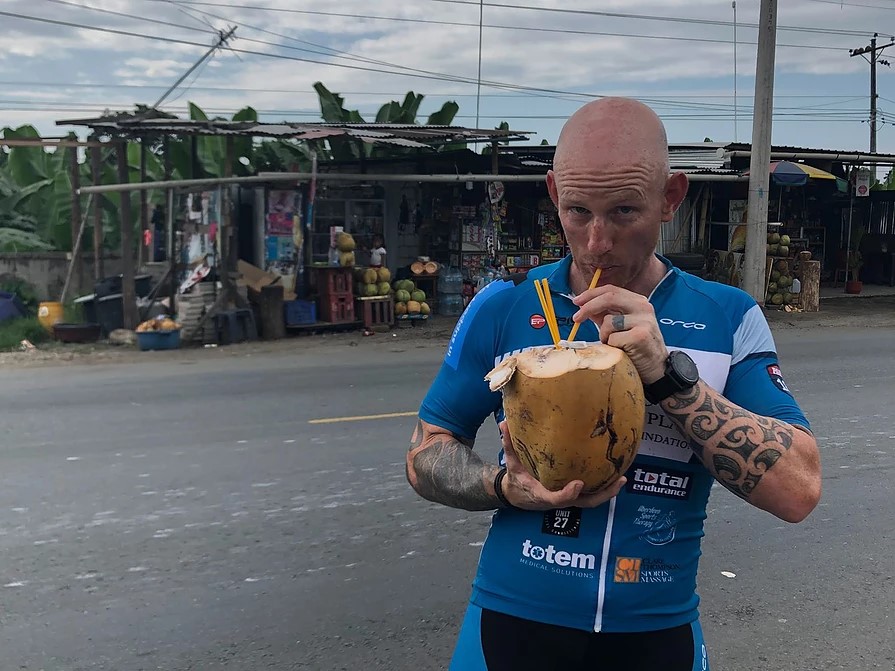 The motto of the SBS is ‘By Strength and Guile’ and there can be no doubt that during those long and lonely days Dean Stott called on such attributes in his ‘Unrelenting Pursuit of Excellence’ – another well-known Special Forces motto and an ethos that he lives by. 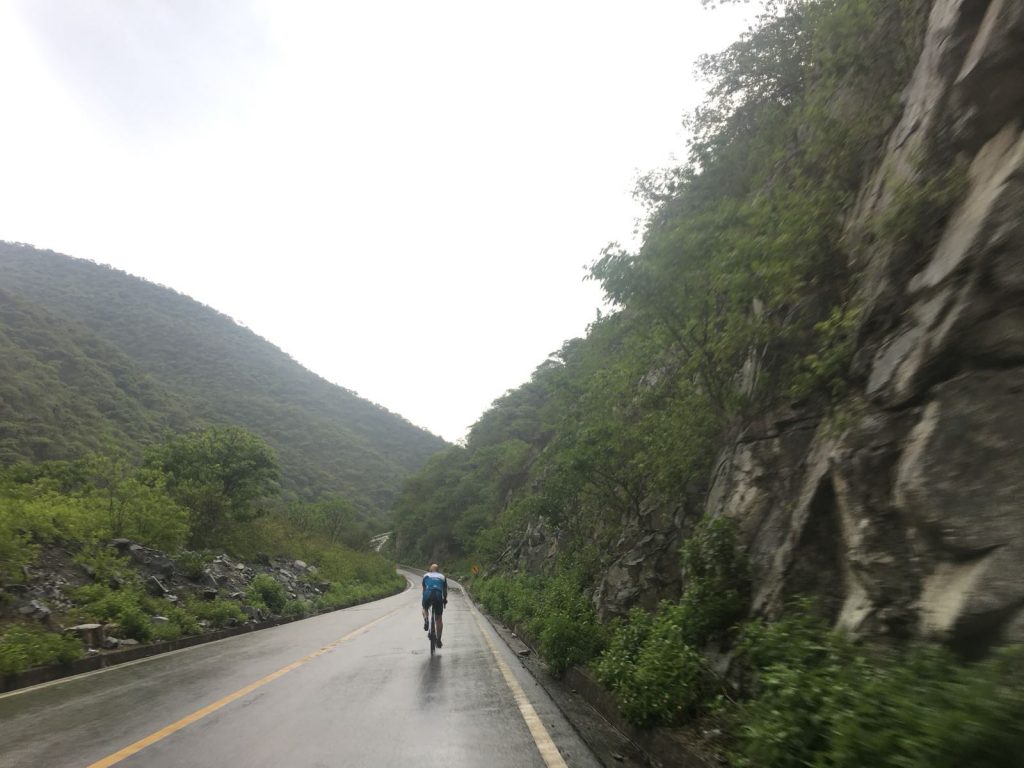 Challenges by their very nature are exactly that – challenging. They are the motivation that drive people further, faster and higher – to push their personal boundaries, achieve what was once thought unachievable, and overcome adversity in whatever form it presents itself. 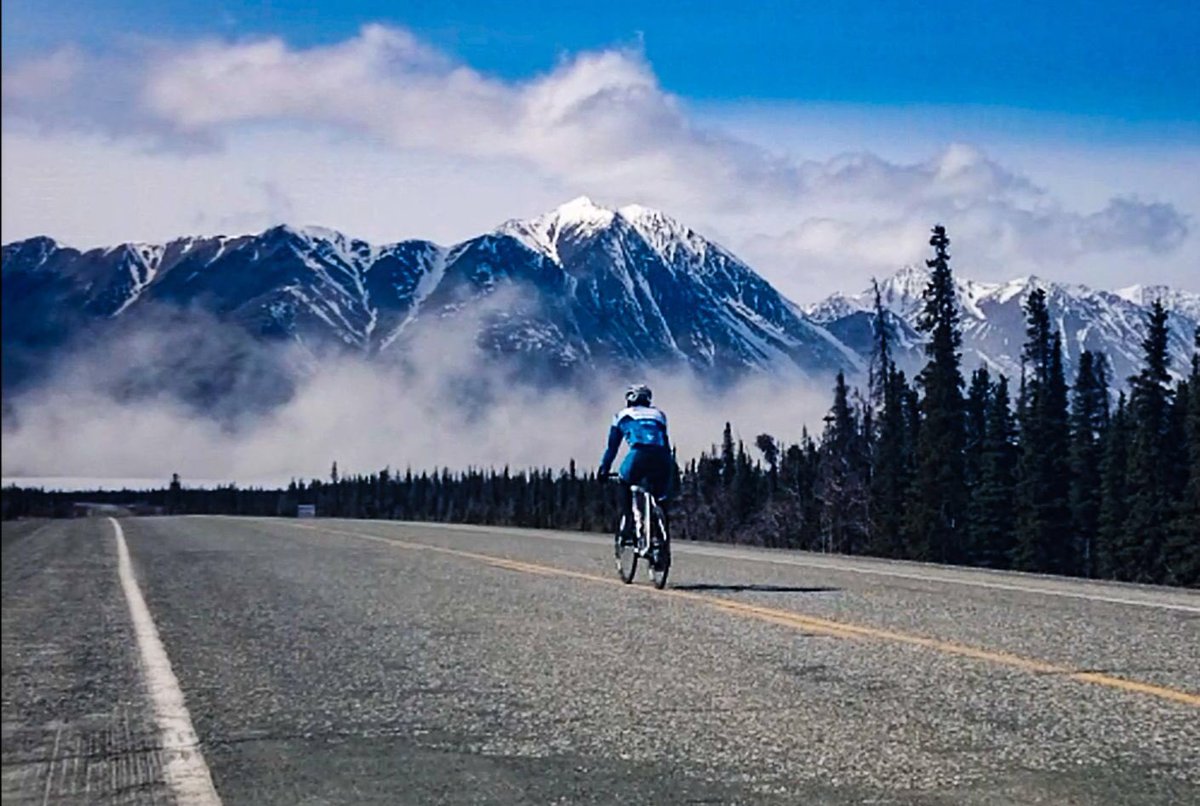 To overcome any challenge requires vast depths of physical strength and endurance, but it also requires more than that – it needs mental toughness, resilience and fortitude – qualities synonymous with those like Dean Stott who push themselves to the extreme and live on the edge.

Dean Stott cycled the Pan-American Highway to raise awareness of mental health issues and the stigma surrounding them. He was honoured to be asked by His Royal Highness, Prince Harry to support Heads Together – a mental health campaign led by The Royal Foundation in partnership with Young Minds, Best Beginnings, Mind, The Mix, Place2Be, Anna Freud, Contact and CALM.

You can donate and help Dean reach his fund-raising target of £1,000,000 here

For more information on the man himself please visit:  www.deanstott.com