As usual with any event that verges on the extreme there is always an individual or group who want to push the boundaries to the limit. In the world of Ice Swimming those who participate in the Ice Mile are one such group.

According to the International Ice Swimming Association (IISA) an Ice Mile is a swim completed in open water with a temperature of 5oC or less over a distance of at least one mile. Created as the ultimate Ice Swimming challenge, IISA states that it should take a swimmer between 25 to 45 minutes, wearing nothing but standard swimming costume, a pair of goggles and a latex swimming cap, to complete the distance.

Due to the extreme nature and inherent risks associated with spending a prolonged period in icy waters, IISA duly advice that Ice Swimming is an extreme and dangerous sport that may lead to an emergency or even fatality. Despite these warnings, their records to date show that no less than 271 swimmers from 32 countries have swam the Ice Mile, with many taking the plunge on multiple occasions.

What drives a person to push themselves to the extremes, to test the limits of their physical and mental thresholds to the point that the challenge has the risk of serious harm, hypothermia or even fatality, is beyond the scope of this article. But what is known that there is a small group of Ice Swimmers who are prepared to challenge those limits. For that select group the Ice Mile is only but a warm up for the Ice Zero! 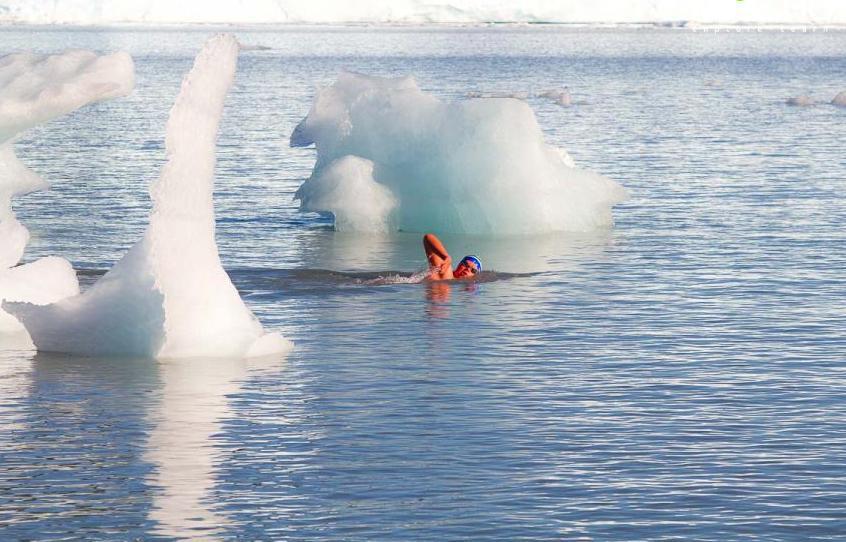 Under IISA Rules the Ice Zero is a one-mile swim, completed under the same conditions as the Ice Mile, however for this challenge the water temperature must be below 1oC. Ice Zero takes extreme swimming to a different level and it is little wonder that only two women and nine men have achieved it so far.

South Africa’s Ryan Stamrood swam one of his two Ice Zero Miles in the lowest recorded temperature to date. In 2014, for just over 32 minutes, he tortured himself in -1oC waters in Antarctica.

“When warm flesh meets -1oC water, panic is only a blink away…the effects on the body of below-freezing water are devastating and immediate. I can physically feel the deterioration of my body, stroke and mind and it’s happening at an amazingly rapid pace,” he tells The Intrepid Explorer. 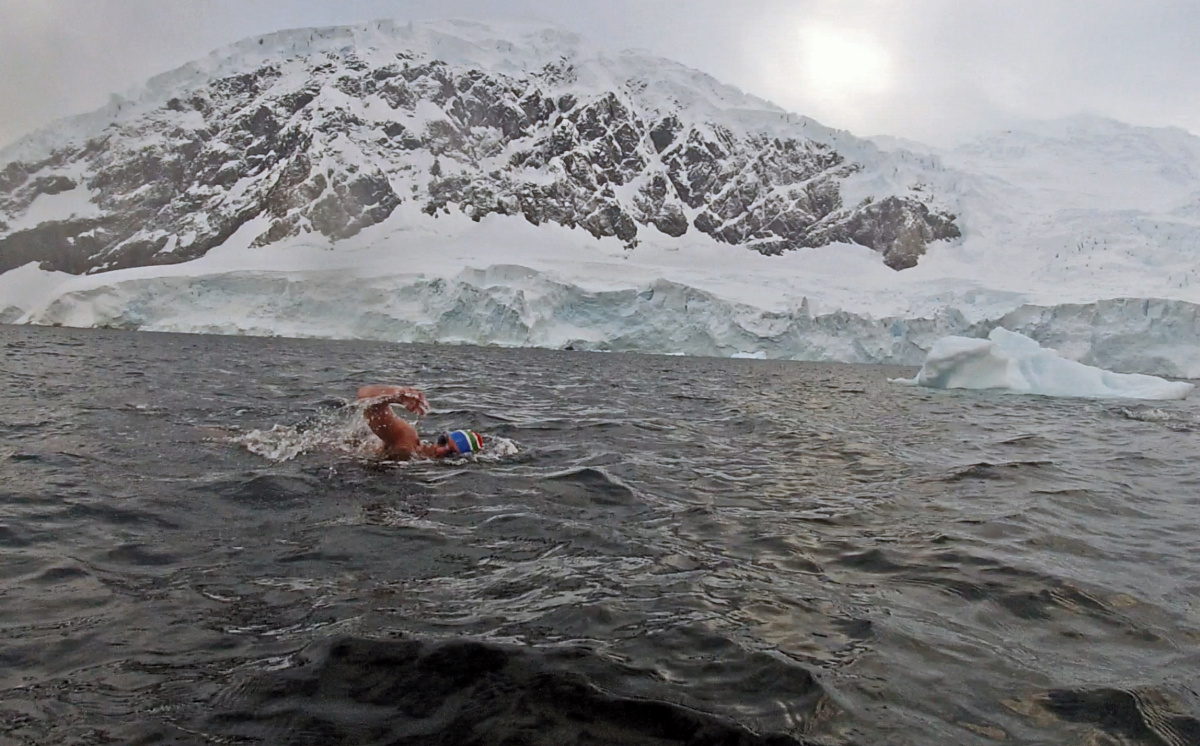 And as if that isn’t enough IISA, inspired by Oceans Seven – the seven-marathon open water swimming challenges incorporating the English Channel, Cook Strait, Molokai Channel, North Channel, Catalina Channel, Tsugaru Strait and the Strait of Gibraltar – has developed its own version of the concept – the Ice Sevens.

To accomplish the Ice Sevens challenge, a swimmer must complete seven different Ice Miles in water temperatures below 5oC, in seven different continents: Europe, Oceania, Asia, North and South America, Africa, and any Polar location below 60o south or above 70o north. With an additional stipulation that one of the seven Ice Miles must be an Ice Zero swim completed in waters below 1oC.

“The Ice Sevens is a series of epic global adventures,” says IISA Founder Ram Barkai. “We like the ‘adventure flavour’ linked to an Ice Mile. Swimmers must strictly adhere to the rules of the IISA to achieve the Ice Sevens including mandatory videos of their entry, swim and exit. The Ice Sevens are massive logistical, physiological, and psychological challenges somewhere in the seven continents of the world that require a huge amount of training, skill, patience and strategical intelligence.” 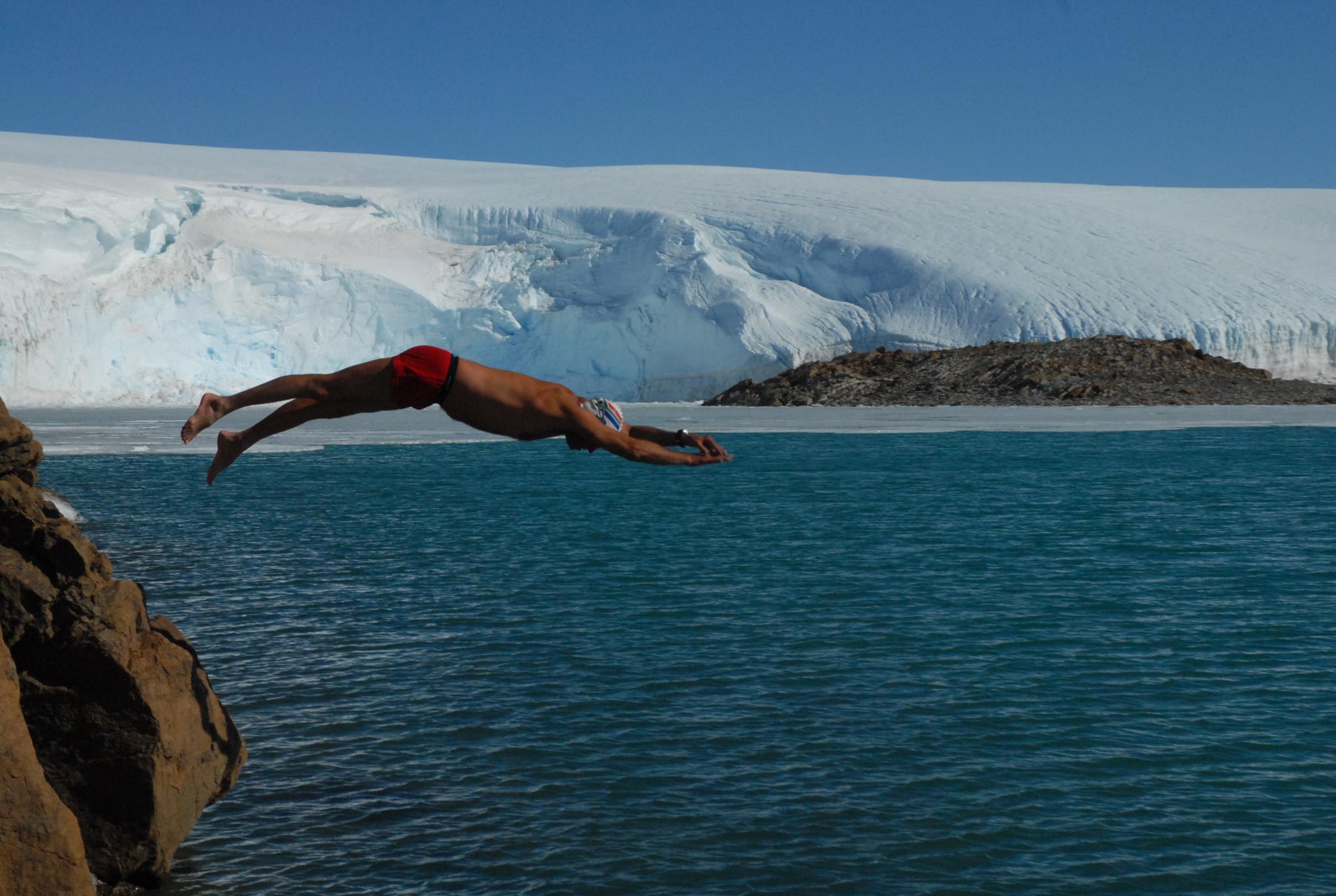 The Ice Sevens is a brute of a challenge which to date has only been accomplished by one person – Jaimie Monahan, an American ice and ultra-marathon swimmer from New York City. Jaimie, a member of the Coney Island Open Water Swimmers Club in Brooklyn, and the 2016 World Open Water Swimming Association Woman of the Year, completed her seventh swim in July 2017. An epic fifteen-month journey which started in Iceland, before moving on to Russia where she completed an Ice Zero with the water temperature at -0.03oC and the air temperature and wind chill at an incredible -31oC. Morocco, Norway, the United States and New Zealand followed before finishing her last swim in Argentina.

“I don’t think I could have honestly imagined a better experience than we had last year because it was so special. Each swim was definitely challenging, but it lead to these amazing experiences we wouldn’t have had otherwise,” Monahan told Culture Trip. 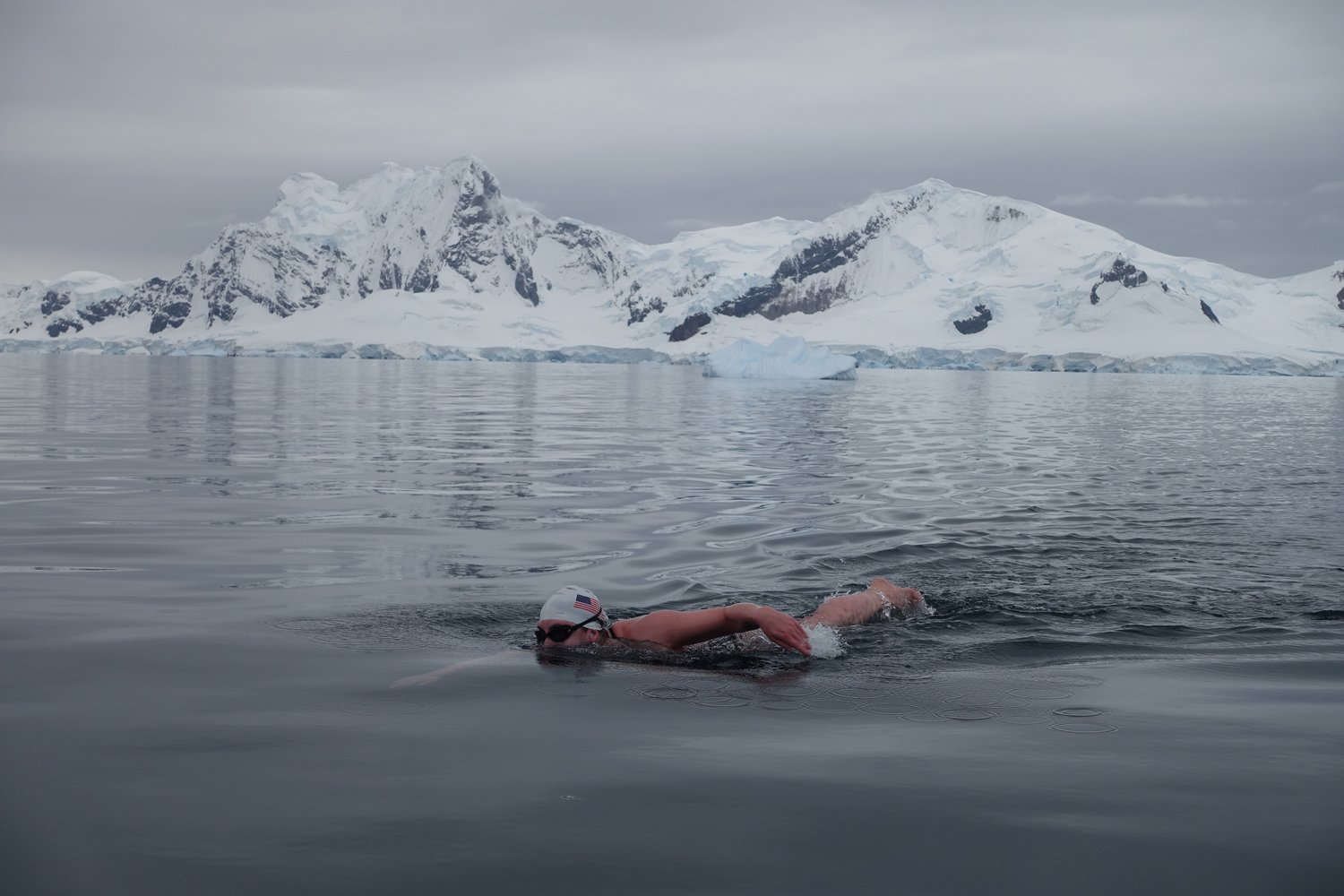 Jaimie Monahan the only person to accomplish the Ice Sevens

An extraordinary achievement best summed up by Ram Barkai: “I believe that every single person out there has a superhuman or hero hiding inside him or her and it is entirely up to that person to unlock that superhuman, ignore what everyone and society told us about what we can’t do and shouldn’t do and let it thrive with humility and respect to others. The Ice is calling…Never be scared to dare!”