High-altitude military parachuting enables elite airborne units and special forces teams to jump undetected, before travelling considerable distances to the landing site.  Jumping from an altitude of 30,000ft or higher, the parachutist freefalls until deploying the chute at around 2000ft. 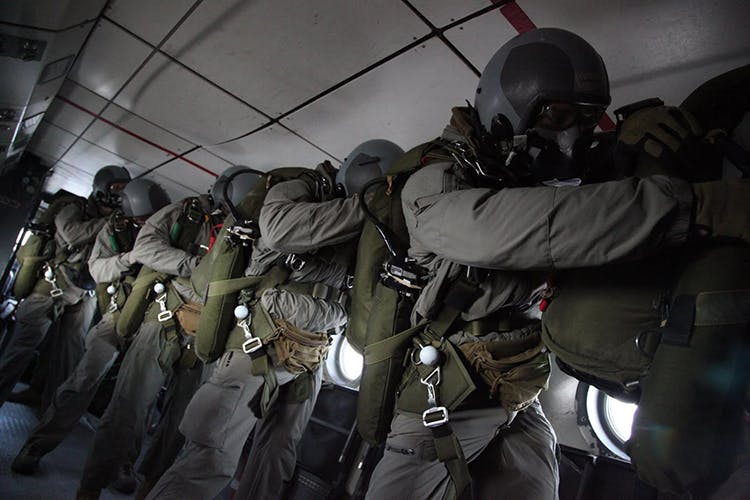 A typical four-man HALO team, wearing breathing equipment, will jump at night and navigate using compass bearings. Detection by this means of insertion is highly unlikely as the parachutists have the capability to freefall or glide very long distances, making it very difficult for the enemy to know where they are landing. 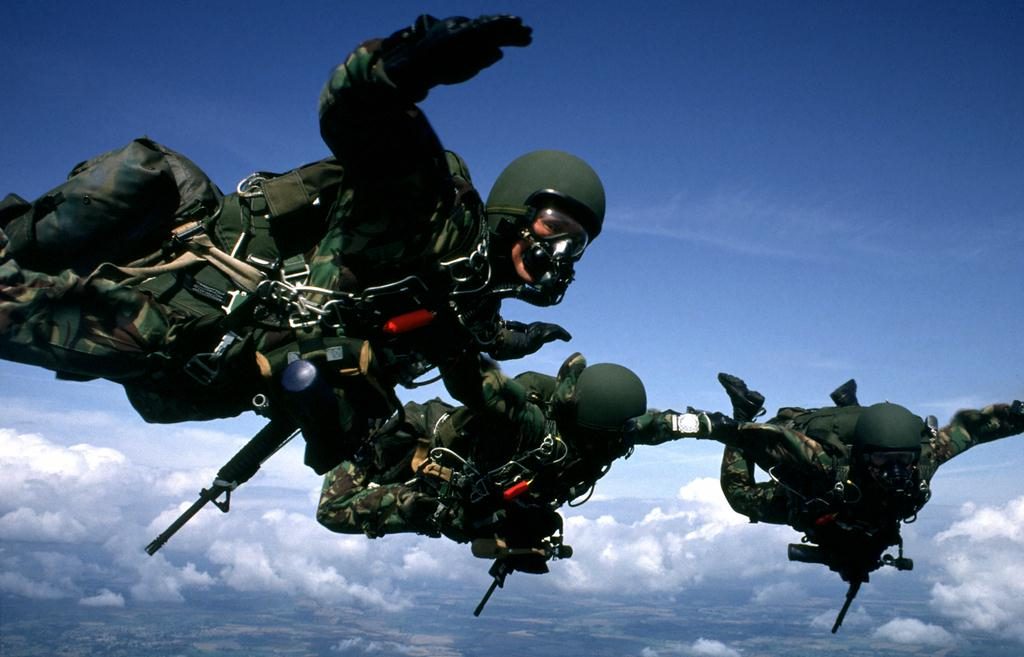 HALO parachuting was first developed in the 1940’s by Colonel John Stapp of the United States Air Force. Stapp, a physician and biophysicist, carried out pioneering studies of the effects of deceleration on humans. Stapp’s research also solved many of the problems associated with flying at high-altitudes — in his early work he subjected himself to exposure to altitudes of up to 45,000ft to test the survivability of pilots ejecting from an aircraft at such heights.

By the mid to late 1950’s Stapp’s research was instrumental in initiating a number of projects into high-altitude parachute jumps. And in November 1959, Colonel Joseph Kittinger of the US Air Force, attempted the first of three jumps as part of Project Excelsior. 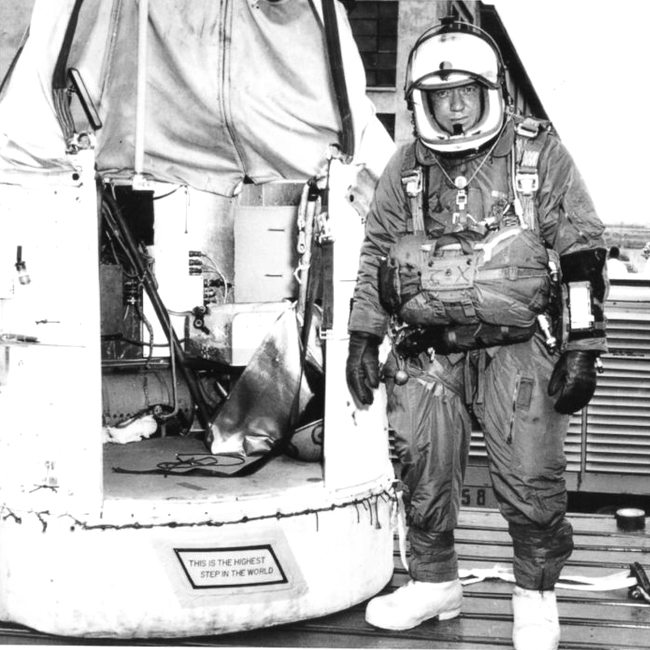 Transported to a height of 76,400ft by large helium balloons, Kittinger stepped from an open gondola, which had a plaque on it that read ‘This Is The Highest Step In The World’ and jumped to what was a near catastrophic descent. Equipment malfunction caused him to lose consciousness, and as he went into a flat spin at a rotational velocity of 120 rotations per minute, his automatic parachute opened and saved his life. Unperturbed, and less than a month later Kittinger successfully jumped again from the lesser altitude of 74,700ft. 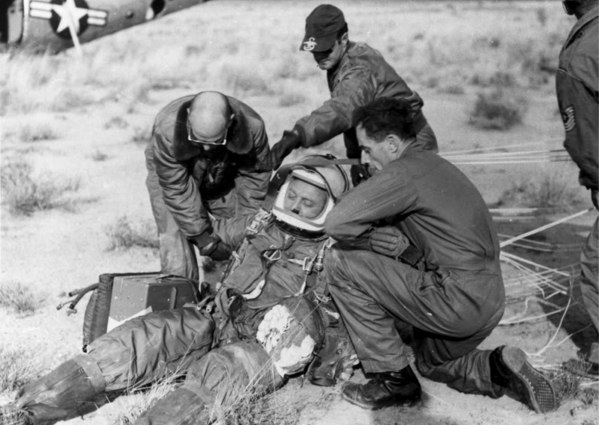 Kittinger’s third and final jump took place in August 1960 from a staggering 102,800ft. With a small drogue parachute in tow to help with initial stability he hurtled to the ground for 4 minutes and 36 seconds, reaching a maximum speed of 614 miles per hour before opening his parachute at 18,000ft. 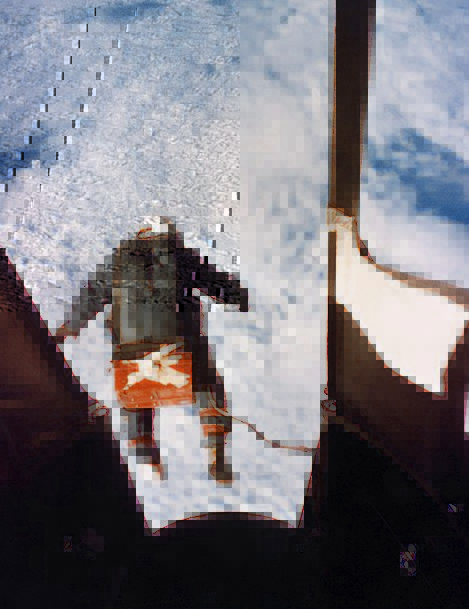 Joseph Kittinger’s record for the highest altitude jump stood unbroken for 52 years, until Austrian Skydiver, Felix Baumgartner, broke it in October 2012 as part of the Red Bull Stratos project. During the project 84-year-old Kittinger served as a capsule communicator with Baumgartner, helping to guide him through the incredible 127,851ft jump. 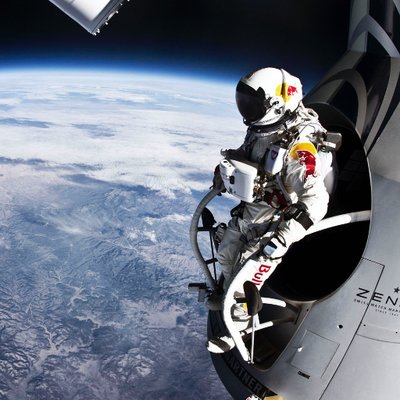 When the pressure had stabilized and the capsule door opened, Kittinger radioed one last transmission, saying, ‘Start the cameras, and our guardian angel will take care of you.’ 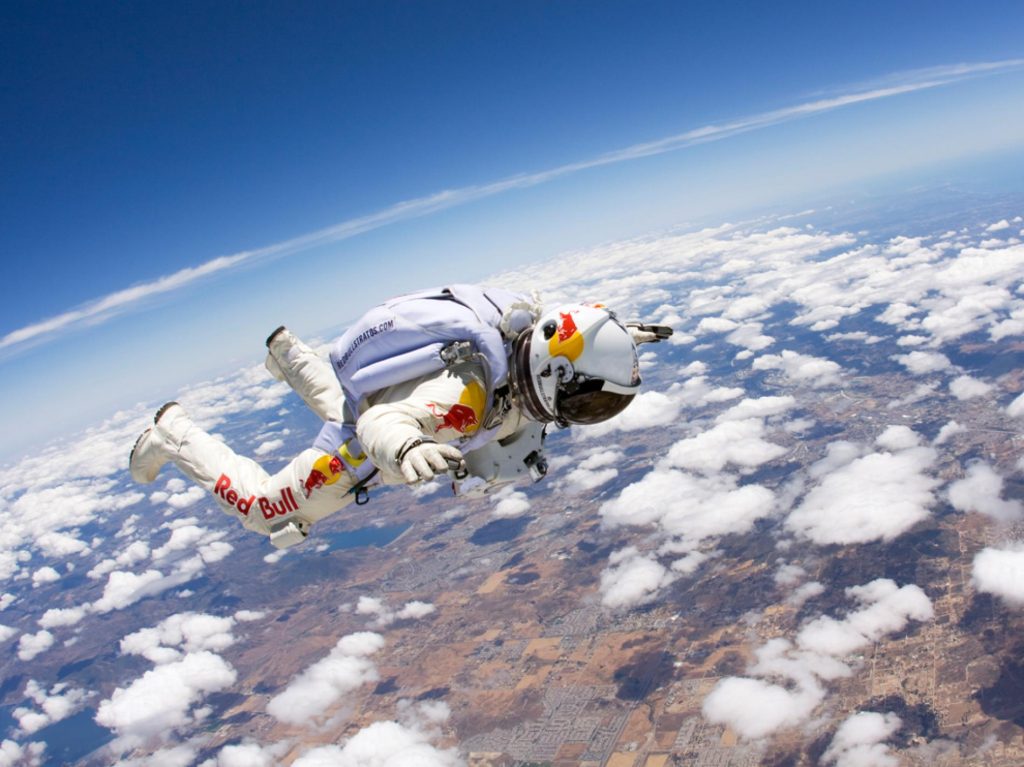 As Baumgartner approached the edge he said ‘I know the whole world is watching now. I wish you could see what I can see. Sometimes you have to get up really high to understand how small you are… I’m going home now.’ And from the highest step in the world he jumped. 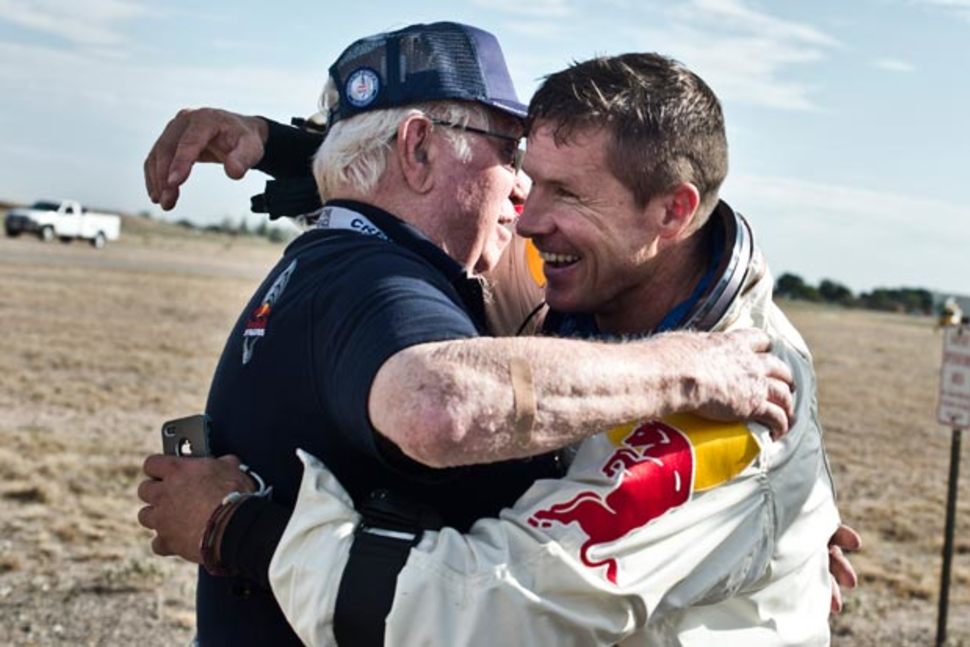